The Institute for Life-Leadership and Coaching
Where Everyday Heart-centered Life-leadership is our Bridge to the Future
LEARN MORE
There comes a time in our life when we become ready for breakthrough into greater possibilities. . .
when we become eager to develop a more passionate & meaningful vision for ourselves, our relationships & our communities.
At such times, we reach out for information and support.
The institute's intentional self-development & heart-centered leadership programs are a port of call for passionate journeyers,
a soulful space for cutting-edge personal learning. For more than a two decades, the ILC has been helping people infuse their dreams
with potent, transformative knowledge.
We offer this website as a resource for people who are passionate about
their journey of self development and care deeply about bringing more
peace and justice to our world. This website is a place for people who are committed to their
self-development journey to return again and again. . .
for continued learning, inspiration and heart-centered exploration.
What People are Saying About Us
What I have learned has had a tremendous impact on my life. It has helped me to be more present in all of my relationships. I have learned that it is OK to have boundaries and to negotiate with others. It has given me direction in determining who I am.


I have listened to and believed in my heart and this led me to make a vocational change; I have an outlet for personal learning as well as for my singing; and I am a much better parent. I have found the process of INTENTIONAL NEGOTIATING very important and even NECESSARY. I have especially found it useful in my relationship with my teenage son. Using these tools has changed my way of parenting from "dictating" (which was not working and causing much stress) to "negotiating" (which usually leads to an end result that we are both pleased with).

Also, I have learned how important it is to "educate" people I am in "relationship" with about my individuality. I do this by SPEAKING what I like and what I do not like. I cannot rely on mind-reading, or non-verbal communication. I must SPEAK intentionally from my heart.

All areas of my life have been tremendously impacted. I have learned to bring full intentionality to parenting my children and to my clients and the work that I do. It has taken me to new heights and depths in every significant relationship in my life. It has allowed me to stretch into fuller awareness of and to be more and more embracing of my connection with God and His spirit that flows through me. I am able to passionately invite and bless the anger, sadness and anxiety in my life right along with the happiness, excitement and peacefulness. 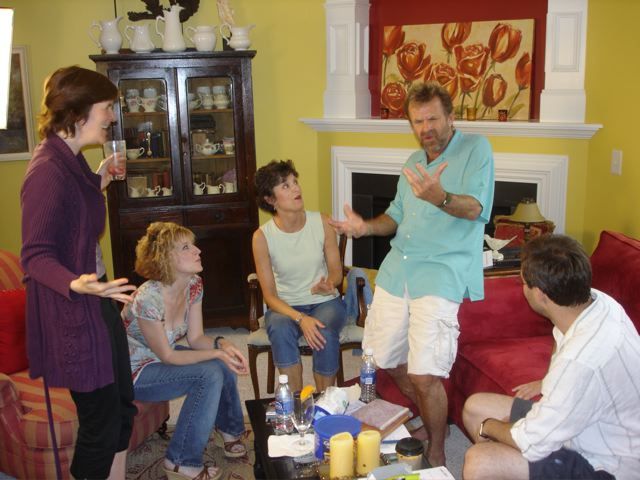 What is Heart-centered Life-leadership Training?
It is

Who Attends Heart-centered Life-leadership Programs?
Individuals from all walks of life (professionals, business people, artists, educators, mental health providers, retirees, students. . .) and from all ages (18 & beyond) who seek to enrich their lives with transformative psychological tools & knowledge that can have great impact & make a real difference in their lives.

What Will Learning the Tools of the Heart-centered Approach Do for You?
You will gain important insights into the psychological processes of authenticity & intentionality. You will be able to apply these insights to greatly enhance your chosen life path, religious or philosophical orientation.

You will learn tools to thrive through the diversity in your relationships, family, workplace & world.

You will develop an intentional vision of creative passion, peace & inclusivity -- for your personal relationships, family, workplace & community. 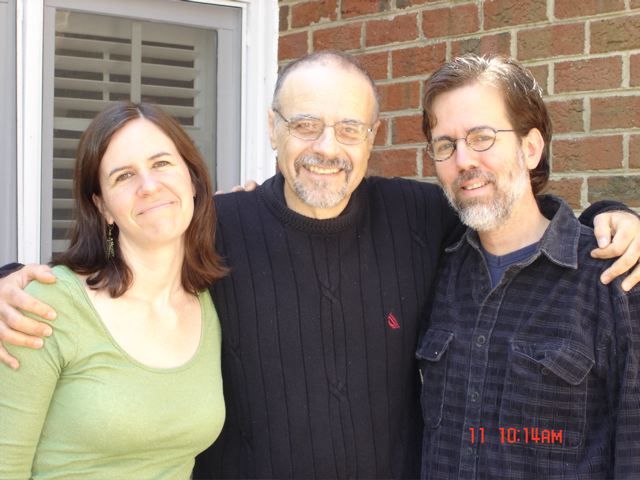 How the Model of Heart-Centered
Life-leadership Came Into Being

Developed over the span of twenty-five years of dedicated research by Chris Saade (and with contributions from Barry Sherman and Casey Robertson) the Model of Heart-centered Life-leadership/Intentional Living is an existential model of integral self-development that has been greatly influenced by the work of Carl Jung and Mahatma Gandhi.

Chris studied on three different continents: the Middle East, Europe and the Americas. This influenced his thinking related to the need for an inclusive approach that brings together various philosophical, psychological and spiritual traditions.

Through the development of the model, Saade has sought to understand the rich possibilities for being an impassioned partner and citizen emanating from the Existential-Jungian dialogue, as well as Gandhi's legacy. He has also pursued an understanding of some of the very important underlying principles of psychological growth theories and spiritual discipline from Western, Middle Eastern and Eastern traditions.

In addition to the many years of research that have been devoted to the development of this model, its strength is greatly bolstered by personal experience. As a war survivor from Lebanon, Chris experienced the suffering in much of his homeland. Living through six years of war and being involved in peacemaking activities, he came to a much deeper understanding of the basic issues of authenticity, intentionality and creative diversity. Thus, although the ideas and concepts presented through the Model of Heart-centered Life-leadership stand upon rich theoretical and intellectual ground, the most important aspect of this work is the strong creative impact it has had on Chris himself, the ILC staff and those individuals who have participated over the years in ILC programs, dialogues and community building explorations

Archetypal exploration
is a very dynamic and down-to-earth approach for coming to know ourselves and each other in a deep and meaningful way. The knowledge of our archetypal make up gives us very helpful information about our creative instincts and the powerful nature of our spirit. For more information on archetypes, we encourage you to check-out three links on this website:
1
Click here for a full overview of the intentional heart-centered approach to archetypal exploration as formulated by Chris Saade
2
Archetypal Inversion as a Moment of Impact: A Theoretical Article by John Amen (based on the work of Chris Saade)
3
Archetypes: Vital Tools of Self Discovery
Learn More

Meet Our Team
Tom Anthony
Director
Tom has been involved with the institute since the late 1990’s. He is a college instructor of mathematics at Central Piedmont Community College. Tom is a writer and performance artist who has published twelve books of poetry.
MORE
Cindy Ballaro
Associate Director
Cindy was a member of the Full Coaching program of the ILC for over 15 years and also completed the Facilitation training. Her work experience has utilized her expertise in a combination of areas including marketing, development, facilitation, project management, and singing.
MORE
Chris Saade
Founder, Senior Coach/Senior Trainer
Chris is an author, life coach, and a psychological and philosophical teacher. After closing his psychotherapy private practice, Saade spent 20 years training therapists, coaches, and ministers in his two models: Integra: 6 Keys for Heart-Centered Living, and Individual Authenticity and Global Solidarity.
MORE
Barry Sherman
Trainer/Senior Coach
Barry served as the ILC’s Program Coordinator and Assistant Director over a span of 20 plus years and is also certified as an ILC Senior Coach and Trainer. He is a musician and songwriter with three CD’s to his credit (including a CD for children).
MORE
NOTE:

While we excitedly offer the material on this website as a resource, we ask you to please remember that all of the material is copyrighted
and may not be used or reproduced without permission. Thank you very much.
Copyright ©
Photos Credits: Mary Ann Persinger-Nease, Ginger Wagoner